Wow – that went fast. It’s hard to believe that it’s been 6 weeks since Coassemble launched!

Along with the 300+ registered teachers who signed up, a variety of other users have jumped onboard to have a go at creating their own cloud-based courses with our rapid authoring tools. At last count we had a large volunteer community organisation, a well-known I.T. training firm, a State Government Department and half a dozen large VET training institutes trialling the platform.

So far the feedback has been overwhelmingly positive – as a small company, it’s always encouraging to hear that we’re on the right track. Customer feedback is a huge motivator, and helps us set the pace…

For instance, we’ve now prioritised improvements to accessibility across all Coassemble student-facing resources. For those not familiar with web accessibility, it refers to the inclusive practice of removing barriers that prevent interaction with, or access to websites, by people with disabilities.

We are now well on our way to meeting common web accessibility standards. For instance, learners will soon be able to navigate through most Coassemble courses using a keyboard only. Text is now selectable, and ARIA landmarks and roles are being used (changes you’ll be able to see in the next release of the Coassemble). Accessible variations to templates and other improvements are planned for release in early 2016. Our aim is to meet strict AA compliance by mid to late 2016.

Last month we announced a number of improvements we’ve made to finding and optimising images when authoring new learning resources. Based on feedback from a training organisation using Coassemble, we’ve now added automatic image attribution to all Creative Commons images, providing a citation link back to the original work (example pictured below). 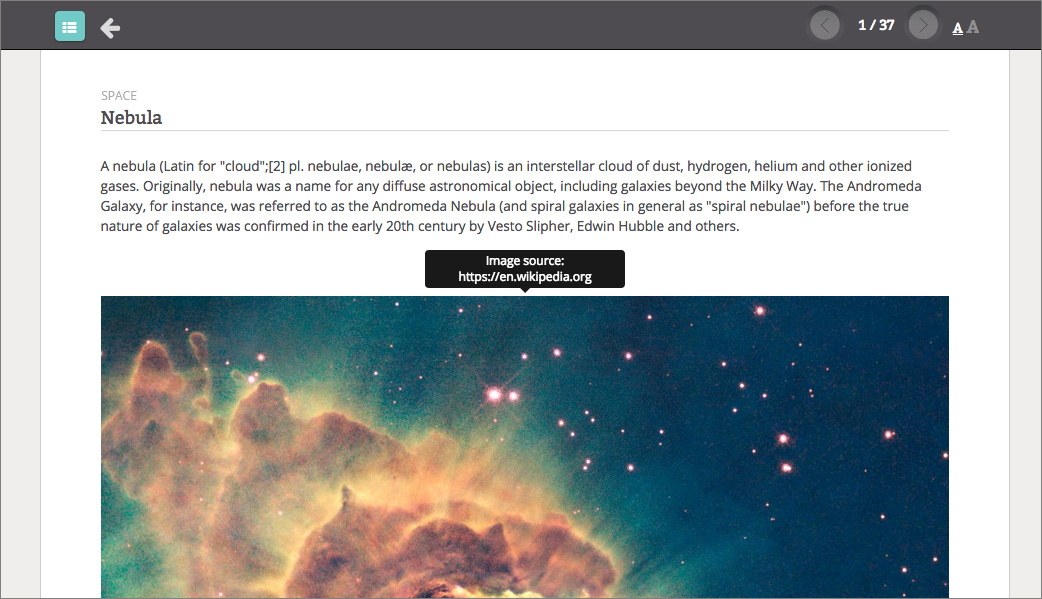