The team at Coassemble have been working extraordinarily hard getting ready to release the all new users page for managing learners and trainers within the platform. In addition to a number of under the hood improvements, the most notable changes for this month are listed below:

In addition to Quizzes, Lessons, and Assignments, you can now add existing Documents and Videos to your course pathways. 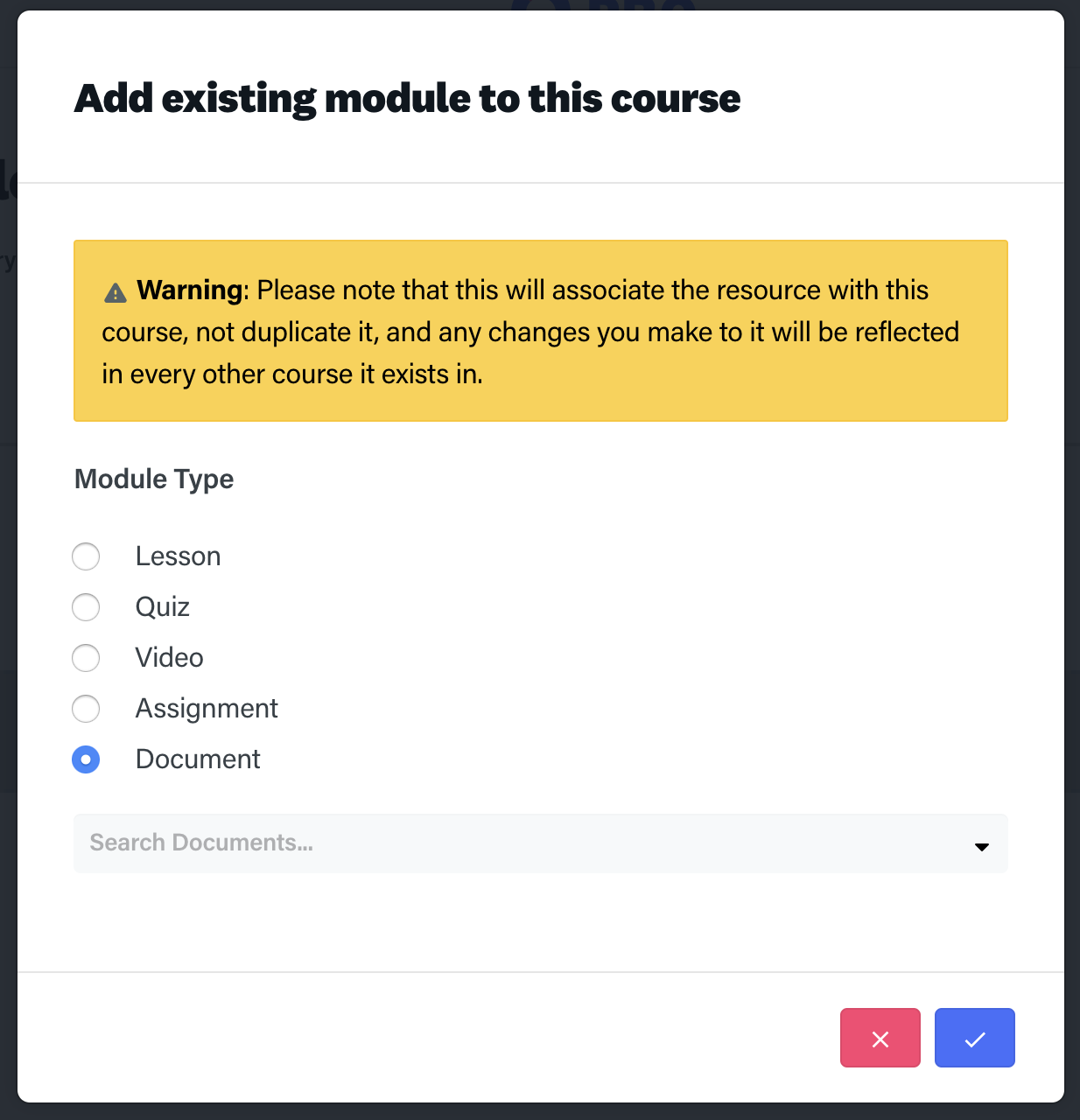 Previously, when a trainer removed a Module from a course, if there were any learners who had completed all other module except for the module that was removed, they were unable to complete reach a completed status. To resolve this, when a module is removed, the progress and completed status is automatically recalculated.

We've just implemented our first language translation to the student facing content. This came about as a partnership with one of our international customers.

We've made some major improvements under the hood by refactoring a number of SQL queries.